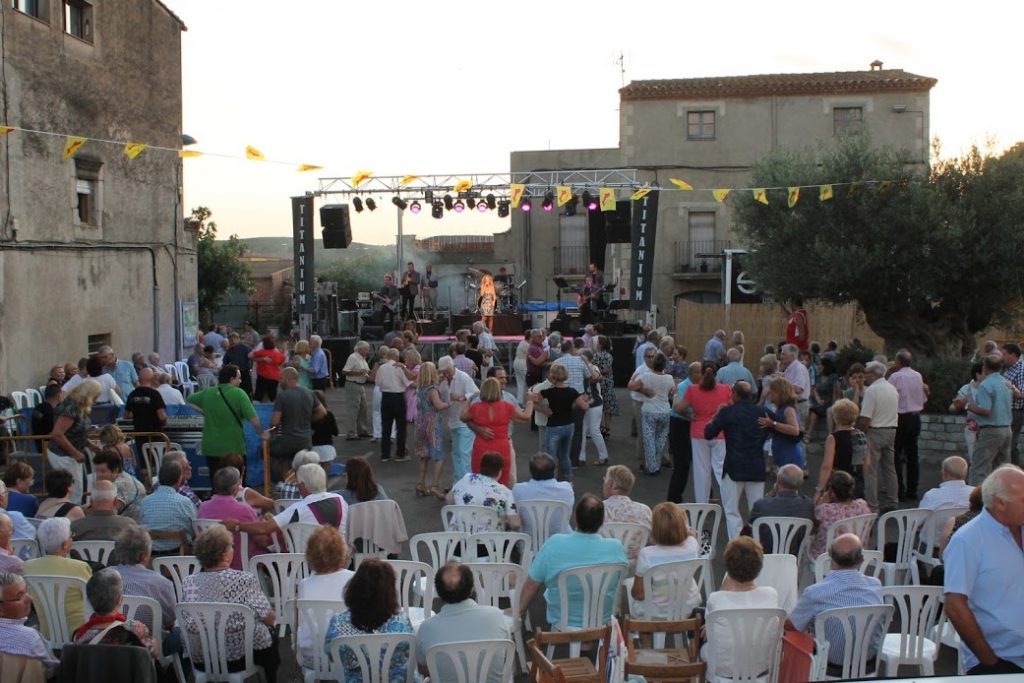 This is all about to change, however, as the town has just embarked on a historical self-consumption project which could well set in motion a revolution of “democratic financing for clean energy”. 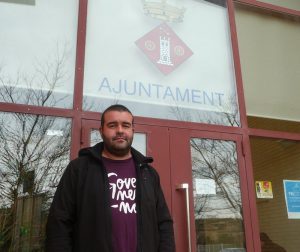 Robert Sabater, the dynamic mayor of the town had been thinking for a long time about supporting and using renewable energy for the town’s infrastructure. In the last quarter of 2016, he was determined to put thoughts into action and appointed local engineering company SUNO to conduct a study and propose a clean energy action plan for Viladamat.

As a result, SUNO pinpointed a fantastic opportunity for a solar self-consumption installation on the roof of the town hall. SUNO’s final proposal was for the installation of 12 solar photovoltaic modules, delivering 3,4Kw of power – enough clean electricity to power the entire town hall!

The proposal captivated everyone’s attention – the town council would save up to 1000 € per year on its electricity bill and CO2 emissions would be reduced by 2,5 Tm per year. Perhaps most importantly, there was no better way for the town council to encourage the development of clean energy then by paving the way.

The council was enthusiastic. The proposed self-consumption solar installation offered a clear return on the upfront investment of nearly 15.000 €. The region of Girona offered a 6.000 € subvention to the project. What was missing was a legal way to raise the remaining capital through the local population.

SUNO, which knew about ECrowd! as a source of alternative finance for positive impact projects, organised a three-way meeting with the town council. It was an immediate hit as all parties immediately saw the fantastic synergies and possibilities.

This was a bold move!  Viladamat was pioneering as the very first Spanish municipality to collaborate with a crowdlending platform to fund a clean energy project.

And it paid off.

After, formalising legal and administrative terms and conditions, Viladamat and ECrowd! signed a historic agreement that will undoubtedly pave the way for municipal clean energy projects in need of alternative financing.

Not only this but both the Viladamat council and ECrowd! fully allocated the investment opportunity to the residents Viladamat. After all, the initial motivation was to engage the local community on the subject of clean energy.

Robert Sabater is a mayor that advocates to engage and mobilise the residents of Viladamat. Unsatisfied with making history as the first Spanish municipality to finance a solar self-consumption installation through crowdlending, and to have launched the first 100% kilometer zero campaign in Spain, he also decided to ensure that the process would be as inclusive and democratic as possible.

To guarantee maximum local participation, three key initiatives were orchestrated. Secondly, the town council set up a participative investment session in the town hall. For several hours, the ECrowd! representative based in Girona – Ernest Gasull -, guided and helped anyone who wanted to invest in the project. This ensured that even people without home internet could still access the ECrowd! platform and invest according to their means. 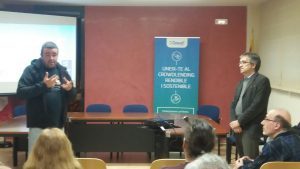 First, an information session, opened to the whole town, was organised by the mayor, to ensure all residents could be presented with the details of the operation and understand how to participate. Jordi Solé, Operation Director of ECrowd! joined Robert Sabater in Viladamat to present crowdlending on ECrowd!.

Secondly, the town council set up a participative investment session in the town hall. For several hours, the ECrowd! representative based in Girona – Ernest Gasull -, guided and helped anyone who wanted to invest in the project. This ensured that even people without home internet could still access the ECrowd! platform and invest according to their means.

And finally, the total investment amount was restricted. As is always the case on ECrowd!’s platform, the minimum investment amount was maintained at 50 €, making it accessible to even the smallest investors. In contrast, a limit of 500 € per individual was introduced for this specific kilometer zero campaign. (Otherwise, the legal investment limit on crowdlending projects for non-qualified investors is 3.000 €).

Despite the risk that these restrictions entailed, the mayor was willing to take it for the sake of inclusiveness.

Ultimately, he was convinced that the residents of Viladamat would fully stand behind the project.

A triple win for Viladamat, its residents and solar self-consumption

On Monday, March 6th, the project opened for investment on ECrowd! with 2 new visual icons displayed on the project page:

The Km 0 introduces the investment at kilometer zero concept, where the whole or part of a project is reserved for the local population.

The icon showing a € sign in brackets introduces an upper limit on the amount any individual can invest in a project, to ensure the wider participation possible.

By Friday, March 10th, the €8800 investment required to finance the self-consumption solar installation had already been raised!  In total, 22 residents of Viladamat contributed between 100 € and 500 € each. They will receive an annual interest rate of 3.5%, with monthly reimbursements of the loan over a period of 3 years.

Even more, they understand the direct positive impact their contributions will generate to transition to a low carbon economy. The town is now able to go ahead with the solar self-consumption project, which will be installed by local company SUNO.

It is clear that Viladamat has achieved a lot more than enabling the installation of solar panels on the roof of its town hall.  This is the first municipality in Spain to finance a clean energy project through a Kilometer Zero ECrowd! campaign!

Viladamat may well be a tiny Catalonian village, it has just inscribed itself amongst the giants of the collaborative clean energy transition!

Previous post:
« ECrowd! receives the license from the CNMV to operate as a collaborative finance platform