P2B and P2P, Crowdfunding Vs crowdlending, what are the differences? 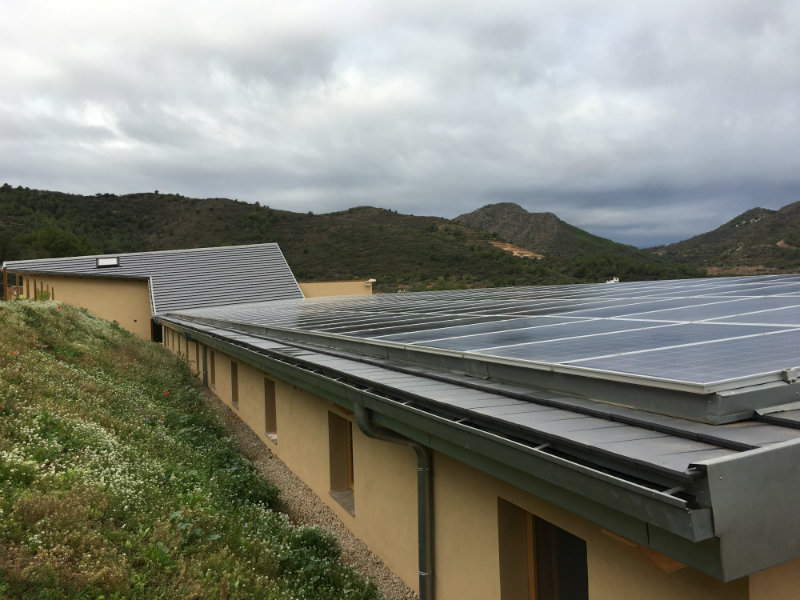 The solar installation of the Mar de Fulles Eco-hotel in Castellon, Spain, was financed by a P2B crowdlending campaign on ECrowd!

The sharing economy is profoundly disrupting the traditional financial system. Alternative and collaborative finance is an unstoppable trend across the globe and we hear more and more of P2B and P2P crowdfunding.

P2B and P2P crowdfunding have experienced tremendous growth thanks to increased connectivity of people with a want to become more efficient, profitable and democratic.

The saying “voting with your wallet”, has never been truer.

With the background of soaring alternative finance demands in the European Market, today we will shed some light on the distinction between P2B and P2P, as applied to crowdlending.

A definition of crowdlending

Crowdfunding allows projects be financed directly by a large group of people, the “crowd”, without resorting to the services of a traditional bank or other financial institution. In crowdlending, a large number of unrelated people lend directly small amounts in exchange for a financial return, through a commercial loan agreement. Crowdlending is also known as debt crowdfunding, crowdfunding of loans or P2B and P2P lending.

Now then, what’s the difference between P2B and P2P crowdlending?

To begin, P2B is peer-to-business.

It is a method of debt financing that enables individuals to lend money to enterprise projects of any scale—bypassing an official financial institution.

Traditionally individuals didn’t get direct access to enterprise projects. The only way one could access them was through investment funds. These official transactions are issued by financial institutions—without specifying how the capital is allocated or on what.

If that sounds a little speculative, it should. Not only does an individual have no say in the allocation of his or her own capital, but there are no concrete projects to be seen or touched.

It is precisely for these reasons that P2B crowdlending revolutionises our world of finance. P2B is about financing the real economy as opposed to speculation.

ECrowd! is one of the only P2B crowdlending platforms dedicated to positive impact investing in Europe. Our P2B service focuses on financing projects related to sustainability, innovation, connectivity and efficiency.

On ECrowd!, individuals who wish to lend will find a range of enterprise projects, described in full transparency. Have a look at our most recent positive impact projects here.

What does P2B offer to the world?

As was previously stated, P2B finance allows anyone to rapidly invest in enterprise projects.

The loans generate income as interest for the lenders. Most importantly, the interest is significantly higher than traditional banking investment products—between 10 to 50 times higher!

This form of crowdlending enables people to lend their money to other individuals, matching borrowers and lenders directly. The loans issued often include many tiny slivers from different lenders.

Similar to P2B, P2P crowdlending quickly connects borrowers and lenders together, bypassing traditional banks. Lenders get a higher interest rate than they would from a bank savings account and the borrowers can raise a loan quickly, efficiently and without any additional requirements.

P2P crowdlending platforms promote and raise funds for smaller, individual projects or ideas such as renovating a house or publishing a book.

ECrowd! does not currently offer P2P services, but this could well evolve in the near future. The demand for sustainable projects from individuals is rising constantly (renewable energy installations for self consumption, for example), together with the related financing requirements. So a P2P crowdlending offering for sustainable projects may well come to ECrowd! soon. whatch this space!

What does this mean for banks?

As big banks retreated from lending after the 2008 financial crisis, P2B and P2P crowdlending have stepped in to fill a gap with direct collaborative financing towards real projects by individuals or companies.

The P2B and P2P platforms sprouting across the globe show evidence that lenders are more than eager to invest in projects that demonstrate profitability and tangible benefits to society and the environment. No matter your choice of investment, P2B and P2P finance are the logical next step in democratising lending.

Interested in learning more on P2B? Have a look at our project portfolio!