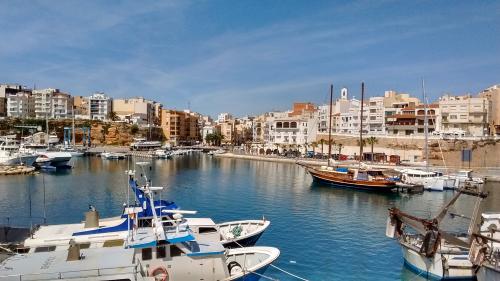 Expansion of the fiber optic network of L'Ametlla de Mar (Tarragona, Spain) to the neighborhood of Les Tres Cales and the nearby town of Camarles.

Expansion of the fibre optic network of L'Ametlla de Mar (Tarragona, Spain) to the neighbourhood of Les Tres Cales and the nearby town of Camarles.

LA CALA FIBRA SL is looking to be financed again with ECrowd! after having previously raised €100,000 in 4 collective loans, in order to extend its fibre optic network in the municipality.

DETAILS OF THE EXTENSION PROJECT OF THE NETWORKING COMPANY "LA CALA FIBRA, S.L."

The local operator "LA CALA FIBRA, S.L." currently has a mixed network of fibre optics and radio that covers the entire municipality of L'Ametlla de Mar (Tarragona, Spain) and provides all kinds of telecommunications services to 1,260 customers.

The fibre optic network (type GPON) is installed in the entire urban core of the municipality, while the surrounding suburbs, with more than 2,000 houses, are covered with a radio network (Wimax).

2.- PROJECT FOR THE NEW ENLARGEMENT OF THE NETWORK

As a result of the success of the services offered by the company LA CALA FIBRA, the management of the company has decided to start a new extension of the fibre optic network, reaching to the nearby municipality of Camarles and also installing another radio signal distribution tower, using the Wimax system, in the suburb "Les Tres Cales" of the same municipality.

3.- AREAS TO BE COVERED WITH THIS EXTENSION OF THE NETWORK

The suburb "Les Tres Cales" of the municipality of L'Ametlla de Mar, is a residential area with more than 2.000 houses. It is located about 2 km from downtown and covers has around 3.5 km2. The owners are 32% Spanish, 21% French, 12% English, 9% Belgian, 6% German, and the rest are from other European nationalities.

4.- TECHNOLOGIES OF THE NETWORK TO BE EXTENDED

-The fiber optic network will be deployed with FTTH-GPON technology, which allows access to the internet and associated services at speeds of 2 or more Gb/s in both directions and allows the transport of signal, without amplification, at distances of up to 20 km, providing each client with a symmetrical connection at speeds between 100 and 1000 Mb/s.

-The radio access system for customers used by the company LA CALA FIBRA is the Wimax technology, based on the 802.11ac standard, which uses the free usage frequencies of 5.8 Gz., and can achieve a quality coverage of up to 15 Km and provide symmetric internet connection speeds up to 40 Mb/s.

With the aforementioned network expansions, the following results are expected:

-Contract 850 new clients over the next three years

The following social impacts will be obtained:

- Satisfaction of the pending demand of many residents from the suburb "Les Tres Cales" that are outside the present coverage area, feeling somehow isolated.

- Improvement of the degree of satisfaction from the higher level of quality from the access service by radio, in the area of "Les Tres Cales".

- General satisfaction of residents and companies for having the same offer of telecommunications service as big cities have, at more competitive prices and with a closer attention offered by people from the same municipality.

6.- IMAGES OF THE AREAS TO BE COVERED WITH THIS EXTENSION OF THE NETWORK 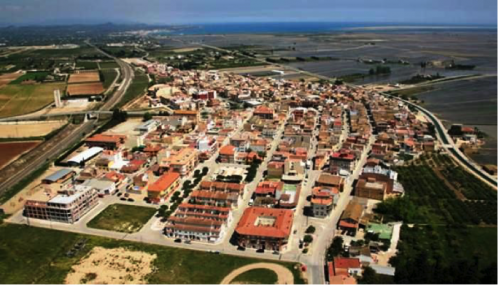 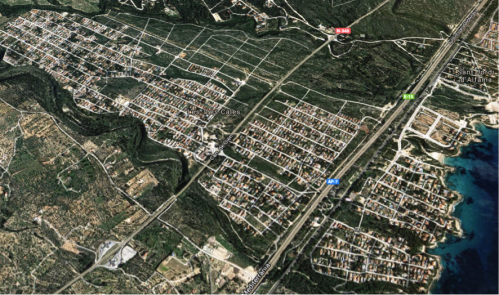 videos of the project

Ecrowd is a regulated crowdlending operator (Plataforma de Financiación Participativa) with a licence from the Spanish Financial Authority (CNMV).

Ecrowd is not an investment services company or credit institution and does not participate in any investment guarantee fund or deposit guarantee fund. The investment projects presented on this platform are not subject to authorization or prior supervision by the CNMV or the Bank of Spain, and the information provided by the developers has not been reviewed by these institutions. All funds are deposited on the electronic payments platform LemonWay payment, which is registered with Bank of Spain. The performance of your portfolio depends on the success of each individual project. There is a risk of total or partial loss of the invested capital, not obtaining the expected financial return and limited liquidity. Carefully read the detailed project information before commiting to any investment. By investing in this project, you expressly state you have received, read and accepted the general conditions of Ecrowd Diversification is the optimal strategy for managing your investment portfolio.

More information: how to invest with Ecrowd

To start investing in projects, pls. upload a copy of your official identity document in your Ecrowd profile